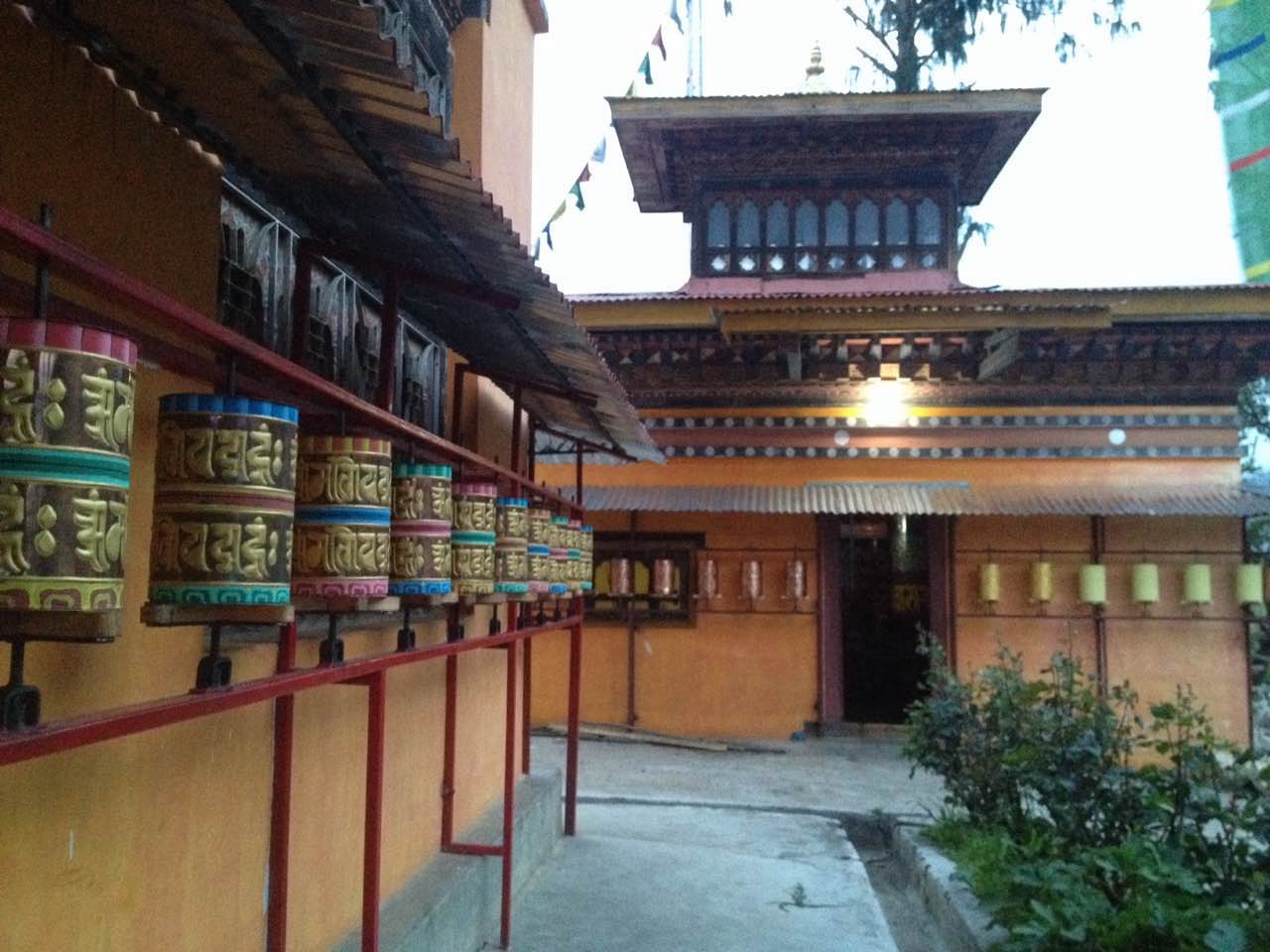 The Tsechhenling temple is a Buddhist temple built in 1992 by a group of 20 Tibetan Buddhists, for the benefit of the general public to hold religious ceremonies. It is located in the Changzamtok district in Thimphu, close to the Jigme Dorji Wangchuck National Referral Hospital. The main purpose of the Lakhang (=temple) is and has always been to perform religious ceremonies, supported jointly by acquiring donations and contributions from its active members as well as from local donors.

Today, the temple consists of two main parts. The first part features a huge statue of Guru Rinpoche (literally “the precious master”), an 8th-century Indian Buddhist master who founded tantric Buddhism, and built the first Tibetan Buddhist monastery. He is considered to be the second Buddha. With a large prayer hall, the first part also serves as the main temple for performing rituals and religious activities.

The second part, which is at the side of the main temple, houses a temple of “Rigsum Gonpo”, which means the “protectors of the three realms”, being Avalokiteshvara, Manjushri and Vajrapani. This part of the temple also has a big prayer wheel, and 1.000 statues of Vajrapani, the Holder of the Thunderbolt Scepter symbolizing the power of compassion, who represents the power of all the Buddhas.

For yoga practitioners, Vajrapani is an archetype deity of fierce determination and symbolizes unrelenting effectiveness in the conquest of negativity. Vajrapani transforms the energy of hate into active wisdom and magical perfection. The Tsechhenling temple was built and renovated by the Tibetan community residing in Thimphu. The members take turns looking after the temple whenever religious activities take place. The temple is used solely for hosting prayers all around the year, and for fasting activities particularly during the Nyongney (=fasting) Festival. The members have recently appointed Lama Dawa as care taker for the temple, who will look after the welfare and benefit of the temple. This way the temple can be accessed at all times, making it more convenient for Buddhists to host religious ceremonies in the temple by themselves.

The Lhakhang is definitely a place worth visiting, for its architectural structure and for the praying ceremonies being held. The goal of the renovation in 2016, was to install 108 small prayer wheels around the main temple, and one new large prayer wheel inside the temple. As part of the renovation, the general appearance of the temple has also been improved, noticeably by protecting the 1.000 statues of Vajrapani in glass cabinets. A prayer wheel is a cylindrical wheel on a spindle, made from metal and wood. At the core of each cylinder is a “life tree” with many thousands of mantras wrapped around it. On the outside of each wheel, the mantra Om Mani Padme Hum is written in Sanskrit. Also depicted are Dakinis, Protectors and the 8 auspicious symbols Ashtamangala. According to the Tibetan Buddhist tradition, spinning such a wheel has the same meritorious effect as reciting the prayers.

The Himalaya Club has made the renovation of the Tsechhenling temple possible with a donation to the Tibetan Buddhist community in Thimphu, Bhutan. 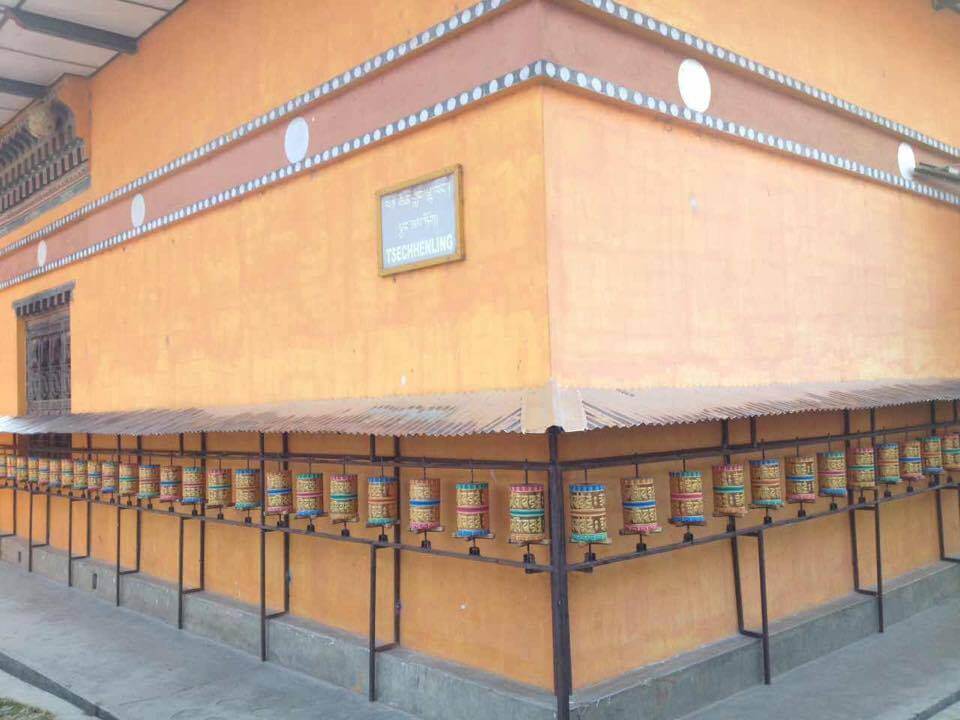